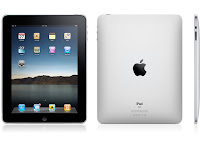 March may be all about the Madness on the basketball court, but there's been plenty of action off the court in the App Store. So, in case you've been swept up in one of the craziest NCAA tournaments ever, here are a few iPad apps you may have missed. By the way, after spending February over at Technorati, the Best New and Notable feature is back to debuting first on Blogcritics. Tell your friends and more importantly, enjoy the apps! 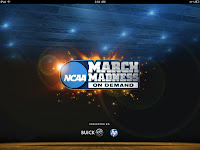 March Madness On Demand (MMOD) (Free)
Now that we're entering the Final Four, chances are you'll be close to a big screen for the big games and won't need this app. However, if you find yourself in the need of a live stream, and you don't already have MMOD, there's nothing to lose with this free and well designed app. Worst case is that you're reminded of its availability for next year's tournament, as developers cannot turn back now that they have successfully offered live streaming of every game. A full review of MMOD is available here.

GarageBand, iMovie ($4.99 each)
Apple updated/released two of its top Mac software programs onto the iPad this month in conjunction with the unveiling of iPad 2. Garageband allows you to use the iPad's touch screen to play several different musical instruments, and more impressively, mix your musical creations into a full audio recording with up to eight separate tracks.  Great for creating podcasts on the go, this release could end up being a potential must-have for any original iPad or iPad 2 user.

Conversely, iMovie will only be good for those with the newer HD camera iPad 2, iPhone 4 and iPod 4th generation devices. Redesigned to take advantage of multi-touch on the iPad, iMovie installs a movie editing studio onto your portable iOS device.  Early reviews of the updated app have been positive, as the update included several new themes and sound effects. 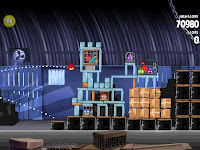 Angry Birds Rio ($2.99)
Is that a new Angry Birds app on your iPad, or are you just happy to see me? Yes, the folks at Rovio have done it again by releasing both a free and paid version of the ultra-popular game series. A colorful new scene, a movie tie-in, and slightly altered gameplay make this a must download for fans new and old of the Angry Birds. Can't wait to see a live action version from Conan on this one. More thoughts on how Angry Birds continues with the spin offs here.

More By Category:
Peering into some of the specific categories, we find a few more interesting additions and updates: 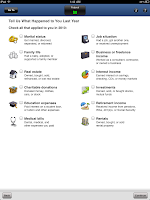 Finance:  Tax season is kicking into high gear, and for those who haven't checked in with Uncle Sam yet, you may be tempted to use your iPad with the new app TurboTax 2010. The free app lets you complete your taxes anytime anywhere with its offline capabilities, but you'll need to pay when you reach the end to officially file. Notable complaints from early reviews include the inability to synchronize with existing TurboTax login information online. 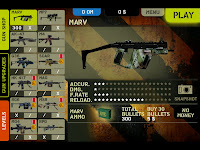 Games:  For some reason, games with guns were a big hit this month.  The most notable include Overkill, a trigger happy game that features multiple weapons, plenty of levels to advance through and achievements tied into GameCenter.  The second game that has been camping out in the Top Apps list is Contract Killer, a story based game where you play the role of a hired assassin. However, this one's starting to get a bit of backlash due to push notifications and constant reminders to make an in-app purchase. Lastly, as mentioned above, Angry Birds released a new version, but also included in this month's offerings was an update to its Seasons game, just in time for St. Patrick's Day.

Lifestyle: Although not quite the same as jailbreaking your iPhone or iPad to fully customize the look, the folks behind the app Pimp Your Screen are hoping that users will be itching to jazz up their iOS device while still staying within the friendly (but restrictive) confines of Apple. Pimp Your Screen essentially is a collection of wallpapers and contain features such as app shelves, icon skins, and touts an unlimited array of customization options. More than a typical wallpaper pack, this regularly updated app contains high quality, high resolution images, and goes above and beyond what is expected of just a standard background photo. 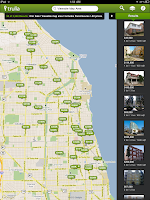 Looking for a new house, or just curious how the real estate market in your area is shaping up? Trulia Real Estate Search has been keeping my wife busy online with its web version as we contemplate moving within the next few years. With the newly designed iPad app, she can now browse through listings with ease. Photos, property facts, descriptions and even tax and price history are all included in the well designed touch friendly application. 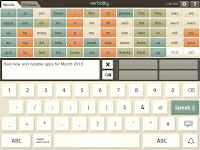 Medical: Although I tend to view apps in this category generally for doctors or medical students, a great new and free app called Verbally has a possible application for everyone. Targeting those looking for an assisted speech solution on the iPad, the developers of Verbally have created an elegant and easy to use application that reminds me of a program we use at the high school called Write Online. Verbally offers text prediction, sample words and phrases, a choice of two voices, and best of all, no WiFi or 3G connection is needed.


For more of Best and Notable iPad Apps of 2011, check out the previous months' lists here.