App Review: March Madness On Demand for the iPhone, iPod, and iPad. 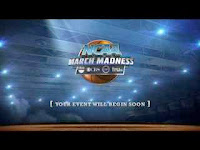 Article first published as App Review: March Madness On Demand for the iPhone, iPod and iPad on Technorati.

Selection Sunday, Bracketology, March Madness. Yes, it's the most wonderful time of the year for college basketball fans and we've come a long way in terms of following the tournament at home or at work. As numerous news articles will undoubtedly point out in the next few days, workplace productivity is about to take a big dip and it's largely due to the ease in which fans can follow the tournament. This year, for Apple iOS device users, the free NCAA March Madness On Demand (MMOD) app (iPhone/iPod and iPad) will make it even easier as the app will stream all games from the first round through the Final Four (including those found on the obscure TruTV network). 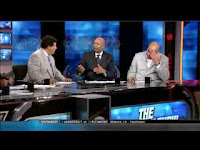 Aside from live streaming for games, the MMOD app comes with a ton of extra features including live coverage of the selection show on Sunday. If the quality and speed observed during Sunday's show are comparable to what users will experience during the tournament, things bode well for fans and this alone could spur a few more sales of iPods and iPad 2's in the upcoming days. Granted, I tested video over WiFi, so 3G streaming may be expectedly lower 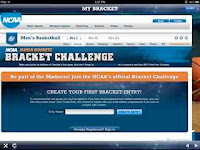 In its description, MMOD promises to be a great couch companion app, and with features such as in-game highlights, live box scores, and team leaders, it certainly has potential to do just that. Alerts (presumably using push notifications) can give you instant updates for those crucial moments in case you're not watching the big game already. Social media gets integrated as you can trash talk your team's opponents by posting comments during the madness directly into Facebook and Twitter. Lastly, if you're not already signed up for a bracket challenge, you can register and follow your entry through the application itself. 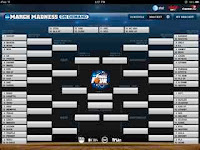 In a few days, I'll be back with a roundup of apps to use to follow the big dance. This will include those on the Android platform, as March Madness On Demand is unfortunately only for those running Apple's iOS. Until then, get your pencils out and start completing those brackets.

March Madness On Demand is available as a free universal app in the iTunes App Store.


For more thoughts on Teaching and Learning Technology, please consider subscribing to the RSS feed or through email.