Why the iPad Mini is Perfectly Priced at $329

By chanatown - October 25, 2012
Article first published as Why the iPad Mini is Perfectly Priced at $329 on Blogcritics. 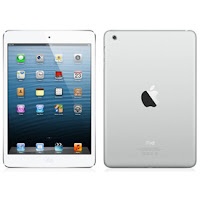 The announcement of the iPad mini didn't surprise many (I predicted it early last year), but the price of the 7.9 inch tablet surely raised eyebrows and disappointed stockholders. Many forecasters, including this tech blogger, assumed that Apple would price the iPad's kid brother at levels comparable to the competition, namely the Kindle Fire HD ($199 - 16GB) and the Google Nexus ($199 - 8GB). Well, that's why we don't work at Apple I suppose.

Reflecting on the pricing levels ($329 16GB WiFi - $659 64GB LTE), it becomes clear why Apple took the high road so to speak. Quite simply, Apple is king right now. Its cool, chic, and desired image still commands a price bump. Consumers are willing to pay more for Apple products than others despite similar or sometimes lower levels of technology. Apple may not win many tech spec battles or speed tests, but they sure know how to get their product into the hands of the consumer.

So why not take advantage of this and test the price points north of $300? Why not find out exactly who is willing to pay a bit more for a chance to own an iPad as opposed to a similar less established 7-inch tablet? Apple continues to state that they don't want to compete in the low end slates and smartphone market, and they are sticking to their words by up charging the smaller tablet arena. And why wouldn't they? Once you establish a price point for a new product, it is much easier to reduce the price and nearly impossible to raise it.

Besides, what's the worst that can happen? Sell only a "few million" and then clear inventory with a bargain "sale" price of...you guessed it, $299? Apple has done this before and they will continue to operate this way as long as they are at the head of the cool kids table. Look for a price drop just in time for the holiday season and next summer, don't be surprised to see the iPad mini available for $249 when the new iPad mini gets released.
iPad mini price