Best Bracket Busting Apps - A Guide to March Madness on your iPhone, iPad, and Android 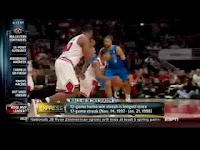 Article first published as Bracket Busting Apps—Guide to March Madness on your iPhone, iPod, iPad, and Android. on Technorati.


As we near tip-off of the first real round of the NCAA Tournament, let's take a look at how you can follow all of the madness on a mobile device assuming you won't be cemented on a couch or a bar stool for all 67 games in the tournament. First we'll look at a few apps found on Apple's iOS platform followed by the less abundant options found on Android.

iOS (Apple iPhone, iPod, iPad)
March Madness On Demand (iPad, iPhone) - Easily the number one app that needs to be installed for anyone interested in following the tournament on their iOS device. Why? Two words: live streaming. You'll get all of the games, on WiFi or 3G, for free and the quality is solid.  We'll see if the app can survive with all of the attention it's going to get during this first weekend.  A full review with screenshots is available here. 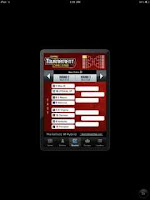 ESPN Bracket Bound (iPhone/iPad) - For those looking to follow their brackets and check out the leaderboards, chances are you are likely on either ESPN or Yahoo.  Fortunately, both have their own free app for you. ESPN presents a universal app, which is great for iPhone and iPod Touch users, but those with an iPad will have to deal with the small screen (see photos). Once logged in, you'll be able to not only see all entries and leagues, but you can create new and edit existing entries all through the app. And when the tourney is rolling, you'll be able to see leaderboards both for any groups you've joined as well as the overall one (fun for watching as the number of perfect brackets decrease daily.) 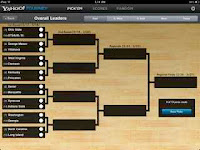 Yahoo Tourney '11 (iPad, iPhone) - This free app offers a similar experience for their bracket game - Yahoo Tournament Pick'em. Use the app to pick your teams, track your brackets and compare your standing to others in your group. Similar to the developer's Sportacular offering, Yahoo Tourney '11 offers push notifications for several options including game start, end, and even when there's a close game.
March Brackets HD ($0.99 iPad, Free on the iPhone) Those looking for a more customizable experience, or if you run your own bracket with a unique scoring system, you may want to try out this app. Although it will set you back a dollar, the app pulls together many of the needed features from the above apps (updates, notifications, stats, fast interface) and adds the possibility of defining the rules and point distribution for your particular bracket.
Android OS
ESPN's Bracket Bound (free for Android) is also available for Android users, though the same cannot be said for March Madness on Demand.  Those looking to push their flash enabled Android phones can try to access the NCAA website online (www.ncaa.com/mmod), or look elsewhere for other options. I would imagine that the sales of Slingboxes

might see an uptick, as the Slingplayer Mobile App works decently on Android and has saved my sports-needing fix on occasion.

March Madness FanZone (free for Android) is for those fans interested in engaging in discussions (read: trash talking) and cheering as they support their teams. Integrated with real time scores, news, and rankings, this app from AT&T is also available for the iPhone.