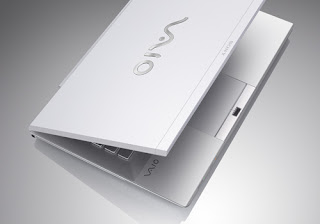 With Intel's creation of the "ultrabook" category, Windows PC makers may have carved out a highly marketable niche for laptops that appeal to a wide array everyday consumers.  Who wouldn't want a powerful yet extremely portable computer, one that looks good, is easy to whip out in a coffee shop, and can handle a nearly all-encompassing range of number crunching tasks? We're not talking about your child's netbook, nor the powerhouse machine that weighs down your shoulder bag and breaks into your savings account. Instead, we're looking at a close to sub-$1000 computer that weighs under 4 pounds, and can give you all the processing power that you need. Sony recently released its new Vaio S series, and I got a chance to play around with one of its newest laptops.

I'm not one to repeat long lists of specs, so if you're interested, check out the details on Sony's website. However, there are a few things that do jump out when looking at the S Series. First, the design of the laptop is outstanding, though I'll delve further into Sony's handiwork below. The model that I tested featured an Intel Core i5 processor and 4GB of RAM, which made it plenty fast for daily operations and multitasking applications. The included battery claims to provide enough juice for six hours of usage, yet the form factor remains very thin.  Unlike many extended batteries that accompany today's mobile devices and laptops, Sony's optional sheet battery included for my testing adds weight and thickness, but doesn't alter the form factor too noticeably. It does double the expected battery life, and adds a little weight, but my only complaint was the flimsy tab that needed to be removed when connecting the extra battery.  The S Series laptop has a ton of ports - 3 USB, HDMI/VGA out, and Ethernet all on the right side, and yes, despite being less than an inch thick, it still has an optical drive for those CD installs and DVD movies. 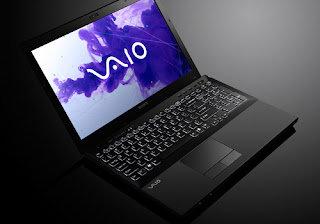 I've always been enamored with Sony products, from my first Walkman, Discman, and Watchman to the more recent, less popular and thus discontinued Vaio UX micro-PC and P-series. As Apple has gotten most of the attention as far as design goes, Sony has quietly maintained a strong eye for aesthetics, and it's got a looker in the S Series laptops. One of the company's core strengths will always be the display. The S Series boasts a beautiful LED backlit display (1600 x 900 for my premium test unit) that provided sharper images than what I was normally accustomed to on other Windows PC units. As mentioned above, the thin and light sleek look is created by the Magnesium alloy chassis with aluminum arm rests and hinges. There's no doubt that the metallic look is in right now, and Sony took note of this when designing this machine. It should be noted that the Platinum Silver option is a premium one, as you can opt for a variety of colors including black, white, blue, pink, and red. Sony also often includes additional unique features (not to be confused with bloatware, which my test machine thankfully did not have much of) with their machines. For example, on my S Series, there was an option to toggle between "stamina" and "speed", as well as a dedicated buttons to support, web browsing, and a few other Vaio related programs.

I like the Sony Vaio S Series for a lot of reasons. Sony's attention to design does not go unnoticed, and the S Series brings a new class of "cool" to the Ultrabook product market. However, the company backs up the pretty looks by making the laptop business friendly by keeping the machine thin and light, full featured, and able to pack in enough juice to stay energized for a transatlantic flight. Keeping the laptop in the Ultrabook category means keeping the price down. The S Series starts at $799 and the premium model that I tested starts at $1029. Not too bad considering a 13-inch Macbook Air will set you back $1249 for the base model. You can shop for the Sony Vaio S Series on the company's website, and they are currently running a promotion where you can get the extended sheet battery (a $149 value) included for free.

Facebook fans - get the latest posts, thoughts, musings, and giveaways. Give us a "Like" today.
review s series sony ultrabook vaio

Unknown said…
The best online computer store in Australia sells Vaio laptops and I want to buy a pink one. I just use laptop for business presentations so this brand really suits me because it is good in multimedia. I agree with you that Vaio Series is really great that is why I only buy new laptop units from them.
December 5, 2012 at 4:47 AM