A Review of the Amazon Appstore - Stealing the Market's Market Share?

By chanatown - April 26, 2011
Article first published as A Review of the Amazon Appstore - Stealing the Market's Market Share? on Blogcritics.

Window shopping on a mobile device involves a simple tap of a button and you're immediately taken to the App Store on iOS or the Market on Android devices.  Until recently, the Android Market was the only place you could find to spend your hard earned money on cool apps. Amazon decided to enter the app marketplace by starting its own storefront, controversially titled Appstore. Well, a month of browsing for apps and finding a few free gems, I find myself shopping at Appstore more and more. Here's why: 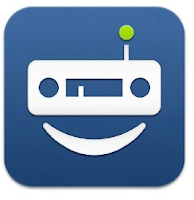 Free Apps
There is no such thing as a free lunch, but there is such a thing as a free app per day.  Since its grand opening, Amazon has graciously decided to make a paid app available for free each and every day.  Already, I've managed to pickup a few great apps that would have normally taken a few bucks to purchase.  These include Flight Control (a popular touch friendly game on the iPhone/iPad), Swiftkey (a robust keyboard replacement app), and TuneIn Radio Pro (I love the free version, so the paid pro version is a bonus). For the daily free app release alone, I find myself perusing the Appstore more often that I normally would check out the Android Market.

A Familiar Look and Feel
Perhaps, I was biased coming in from the iPhone and being a big fan of the iTunes App Store, but I never found the Android Market particularly well organized, even after an interface update in December of last year. The Amazon Appstore takes a similar approach to Apple's structure by offering two lists - Top Paid and Top Free apps.  This is especially handy as I want to keep up with all of the best free apps, but also recognize when money talks and an app will occasionally be worth spending it on. The Appstore maintains lists of several categories (Games, Entertainment, Lifestyle, etc.) where the program ranks the top paid and free apps together. Lastly, the Appstore wouldn't be Amazon if it didn't have the "Recommended For You" list, where you'll find more apps that you probably don't need, but may fit what you're looking for.

Extra Credit
As if free apps and a solid organization weren't enough, the Amazon Appstore offers a branded web interface that fits right in with the standard Amazon shopping marketplace that many have grown familiar with. Compared to the Android Market, Amazon's Appstore faces a bit more competition as the Market offers much better organization on the web than through its mobile app. However, performance can be a bit choppy and sluggish in the Market. Amazon gets an additional boost by offering apps that are available "exclusively in the Amazon Appstore," and this included a version of Angry Birds and the TuneIn Radio Pro version mentioned above.

Time will tell whether either the Appstore or the Market or even another competitor will eventually be the number one destination for Android Apps. However, it is certain that customer choice is a strength of the Android operating system and the existence of more than one place to shop seems to fit right in with the Android way of being.

For more thoughts on Teaching and Learning Technology, please consider subscribing to the RSS feed or through email.
amazon android appstore market review